Download Pokemon Dark Rising 2, GBA Rom Hack, Completed version for free, patched and ready to play. Introduction Hi, Im DarkRisingGirl & This is POKEMON Dark Rising. This is my 2nd attempt to complete a full hack with a new epic story, new characters, and a new region. Ive always felt the Pokemon series needed a much stronger impact with story-telling & thats what this hack is all about. POKEMON DARK RISING 2. You, the player, wake up from a sudden dream you had in the region known as Core, where you live. In the dream, a Pokemon tells you of a dark force that has begun it’s reawakening & asks for your aid in stopping it from causing chaos upon the world. You soon discover your best friend also had the same dream as well. ROM HACK INFORMATIONS: Author: Release Year: Original Version. A hack of Pokemon Fire Red. Free to download and play at pokemonromhack.

Here is a full hack for Pokemon - FireRed which won some awards in 2012 on Pokecommunity.com

The Story begins in a dream. A Pokemon suddenly appears and chooses you, a young boy/girl, to save not only it, but the world itself.

You awake asking yourself questions. Deciding to ignore the dream for now, you step out into your home town known as Fells in the Core Region. Your best friend, who also had the same dream, stops you at the front door to inform you of an emergency message from the town’s Professor. When you encounter the professor, he quickly informs you of the disasters and climate changes occurring all over the Core Region. His workers in panic, he asks you to visit the delivery station and pick up a package for him from Prof.Oak. As you set out on this simple task, you encounter a mysterious girl who appears to know knowledge of the dream you’ve had about a creature name DARUGIS. After receiving the package, a powerful pokemon is within you and your friend, Pete, sight. Eager to test your early skills against a powerful pokemon, you quickly engage in a battle with it. The pokemon uses it’s powerful winds, easily defeating your pokemon and knocking you out in the process. After awakening in your room, you see Pete and your mother patiently waiting for your recovery. You soon begin to realize this is the start of a journey into many mysteries and powerful pokemon you can’t wait to challenge.

There’s 8 badges. Each gym leader will have his/her own signature Pokemon that is not obtainable in the hack.

All Original Characters & Trainers, including some fan favorites from the anime such as: Ash Ketchum, Misty, & Brock

Aside from the anime favorites, Yami Yugi from the YUGIOH Series will also have a short apperance in the hack as a Gym Leader. There will be newer generation moves. Some to note are Shadow Claw, Roost, Scald, & plenty more. DW Abilities (Yes that includes the overused fan favorites of Drizzle Poliwag, Drought Vulpix, & Speed Boost Torchic.) All Pokemon will learn some of their best egg moves from gen 3-5 by level up instead of breeding. (Serebii.net Pokedex was used for this information.) Inside every pokemon center, there’s a Nurse Joy & Doctor Roy. Doctor Roy will be the one to heal your POKEMON. Nurse Joy will be next to him and challenge you to a double battle along side Doctor Roy. This is helpful for exp points.

You, the player, wake up from a sudden dream you had in the region known as Core, where you live. In the dream, a Pokemon told you of a dark force that has begun it’s reawakening & asks for your aid in stopping it from causing chaos upon the world. You soon discovered that your best friend also had the same dream as well. After helping your town’s professor, you set out on your own adventure paired with your Dragon-Type Pokemon with many unanswered questions in your mind. What is Darugis, the dark force the Pokemon spoke of? Along your journey, you discover Darugis can control the minds of people and Pokemon alike. You meet a man named V, who was a former assistant of your father, who Darugis now has captured along with the Pokemon from your dream.
As your journey continued, you met many enemies, some who became rivals, and even friends. Sydney, a young woman who watched Darugis’s reawakening cause the death of her family and her village. Dray, a strong-willed Pokemon trainer who’s father assisted your father in defeating Darugis years ago. And Florina, another strong trainer with a genius mind when it comes to technology. Together, along with your childhood friend, Pete, as well as assistance from a once enemy, Kayo, defeated Adrian, the champion of the Omni Region who happened to be one of Darugis’s main puppets.
Through this time, you’ve grown to become a very strong Pokemon trainer, even battling the likes of Ash Ketchum himself, the world’s greatest trainer. You’ve also gained the ability to connect and bond with Legendary Pokemon. As some questions became clear with answers, more begin to grow in your mind. For example, what is the true connection between the 3 Chosen Ones? You have the power to Bond and communicate with Pokemon. A young man known as Light has the power to create Pokemon through energy. And your best friend, the 3rd Chosen One, what is his ability? There’s still so much unanswered…
Now, You and the rest of your friends(Team Dark Rising) have set off to the Omni Region in search of Darugis & saving your father. Three days have past since the events at Malice Castle…The team has changed their gear, and left all traces of events within the Core Region behind them, including their Pokemon(Except their Dragons). What awaits you & the Team at the Omni Region? Is there an even bigger threat than Darugis being formed? 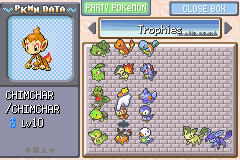