When Pokemon Go was launched, the PokeFans took the world by storm. The popularity of the game continued rising rapidly but COVID-19 came as a ruiner and made the players stay at homes. But, the Pokemon Go Hacks & Cheats can work as a savior. It can help you to play the game freely from the comfort of your bed.

If you are interested to know more about them, continue reading this post. Here, I’m going to tell you about all the Pokemon Go Hacks and Tricks that you can use to move ahead in the game in a quicker fashion.

Cheating can never be justified but here we can call it justifiable as Pokemon Go is a game that makes you walk around. But, right now with the world being an unsafe place to go out, you should just stay at home. The Pokemon Go Hacks can help you to play the game easily without having to walk miles. You can simply play it while being at your home to catch fantastic Pokemons.

Here I’m listing all the useful Pokemon Go Hacks along with some tricks for you. Just use them and the game will become easier than ever for you.

The Pokemon Go team regularly detects players using illegitimate ways to progress in the game. When they find them, they ban their accounts. Along with banning accounts, they have also developed a new system where they slash the illegitimately caught Pokemons and rewards from your reward. Here are the types of Pokemon Go Hacks that you SHOULD NOT try:

After filtering out the Pokemon Go hacks, we have come down to this list of legal Pokemon Go hacks. You can use these hacks and tricks to make the game a lot easier. You can try them without worrying about anything.

When you hatch eggs in Pokemon Go after walking a lot, it still wastes a lot of time in the hatching animation. But, there is a way to skip them.

You can do that by pinching the screen when the egg hatch animation begins, instead of tapping on the screen.

This will skip the complete animation and your baby Pokemon will appear. It’ll be added to the inventory directly.

Pokemon Go Raids also take a considerable amount of time. And, if your network connection is slow, you may lose your time for solo and specialty Raids. Fortunately, there is a way to skip the whole Raid Start animation.

That’s it. You will be kicked back immediately to the re-join screen and when you re-join, you’ll go directly into the Raid.

You can also skip the lengthy animation that comes up when you try catching a Pokemon. But, this is a bug that the team may fix any time. You can use it while it is still there.

That’s it. Now check your Pokemon Storage to see if the catch was successful or not. If it wasn’t, try again.

Certain Pokemon Go tasks need you to add friends to proceed further. But, finding players to add can be difficult. So, you can just use this trick to instantly add friends and complete the mission. Follow these steps:

That’s it. This is the simplest way to complete the ‘add friends’ tasks.

5. Eliminate Any Pokemon from the Gym

You can eliminate any Pokemon from the Gym if you have three players with you.

Follow these steps to know what you have to do:

That’s it. Pokemon Go treats all the battles staged in this manner as ‘separate encounters.’ So, it calculates all three sets of damage separately.

6. Know about the Team of Any Gym with a Map Tracker

Map Trackers are special programs that can tell you which Gym belongs to which team. Earlier, they could even tell what level a Gym was, what were the Pokemons inside, the trainer’s info, and even their recent history. But, now they can only show team control, which is a good thing.

Here are the Pokemon Go Map Trackers that still work:

You can use these and have an advantage over the Gym battles.

You can level up and evolve Pokemon faster by using this special trick. To do that, catch lots of Pidgey, Caterpie, and Weedle, drop a Lucky Egg, and evolve as many as you can before the Egg expires. You will have 30 minutes to max out your XP, and you can hit up around 90 evolutions in that.

You can also try force quitting the Pokemon Go app and then re-launch it while the Pokemon is evolving to get some more evolutions. But, this trick only works on a few older devices.

These are all the Pokemon Go Hacks and Cheats that you can use to make the game a lot simpler. If you’ll use these, you wouldn’t have to face the regular struggles of the game. But, don’t use the illegal hacks or your account would get banned. Or, your gained Pokemons and other rewards will be slashed. Only try the ones listed above.

That’s all for this post. I hope you find it helpful. If you have any queries or suggestions about anything written here, feel free to use the comment box.

Do you want to hack Pokemon Go without jailbreak?

Pokemon Go is an augmented reality game that is well known for everyone. Install Pokemon Go Hack on your iOS devices using TuTuApp, which is a Chinese app that gives to access to a wide variety of popular hacked, modified, and tweaked apps and games.

Pokemon go is a thrilling game. It lets you catch hundreds of Pokemon’s roaming around in your streets using the Pokemon balls. But sometimes, you have to travel long distances in order to catch these characters. That is why you need Pokemon Go Hack.

It is a great hack that provides you with many cool features to make your gaming more interesting. You can now change your location manually and catch the Pokemon easily. This will be less time-consuming.

Pokemon Go Hack is now available for iOS, but not using the official app store. TutuApp is a third-party app installer that gives you such modded, hacked apps and games on iOS for free.

There is no requirement for jailbreak either. In this article, we have provided you with instructions to download and install Pokemon Go Hack on iOS devices with TutuApp. You will love playing Pokemon Go using this hack.

Why use Pokemon Go Hack on iOS?

Now, you can expand your Pokemon collection like never before. With Pokemon Go Hack, you can do wonders just by sitting at home. Let us look at some more features of this awesome game.

These amazing features make it easy to play the game. You can play and get all your favorite Pokemon’s within no time using Pokemon Go Hack on iOS.

How to Install Pokemon Go Hack on iOS using TutuApp

Pokemon Go is one of the most downloaded games of all times. If you don’t wish to waste much time but get more Pokemon’s, then you will need Pokemon Go Hack. You can install it on iOS using TutuApp.

Follow the steps given below to get the TuTuApp for ios Pokemon Go Hack:

That is how easy it is to install the Pokemon Go Hack on iOS using TutuApp. Make sure that you use the source given in this article so as to get the app safely.

If anyone of us trying hard to get rid of this revoking issues, do try out the TuTuApp lite which is a stable and advanced version from the same tech development team of TuTuApp.

I am using this TuTuApp lite for the last 3 months without facing a single error. So, I highly recommend you all to try this awesome stable version. To download this version go to this Official site of TuTuApp Lite and enjoy your favorite games and paid apps for free.

Not at all. TutuApp is completely free to download. The apps included in this amazing app installer is also free. You can even get the paid apps on the Apple app store for free using TutuApp.

TutuApp is safe to download on iOS devices. There is no jailbreak at all. You can get third-party apps for free in the safest way possible.

TutuApp offers a safe and easy platform to install modded, tweaked and hacked games, apps, etc for free. You can customize your devices completely using this app.

Yes, TutuApp has been released for Android in order to download amazing mods.

There is a huge library of apps and games in TutuApp. All the apps that are not found on the official app store are available on TutuApp. 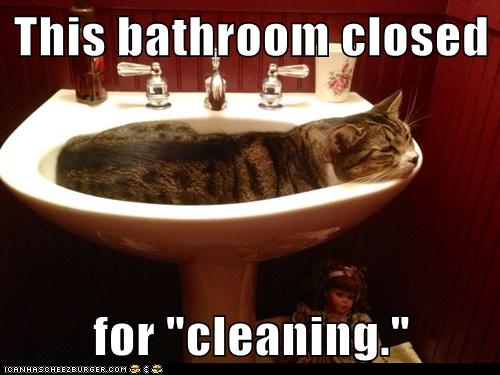 Of course, it is. TutuApp only provides an alternative app store where you can find many third-party apps and games. There are no illegal apps in this.

There are no errors reported till now about TutuApp. Hundreds of apps can be installed using this and work fine on your iOS devices.

Why is TutuApp the best?

TutuApp is an app installer that gives you everything that the official app stores are missing out on. You can change the looks and add more features into your iOS devices with TutuApp for free. It is safe and you can easily download the apps without jailbreaking your iDevice.

Pokemon Go Hack will give you an awesome gaming experience like never before. /download-hay-day-hack-21-free-coins-and-diamonds-unlimited/. You can play the game whenever you wish, no matter where you are.

The hacked version gives you the full guide to reach your spot and catch a great lot of Pokemon easily. You should try Pokemon Go Hack on iOS using TutuApp and enjoy roaming around catching your favorite characters.

Obviously, there are lots of advantages of “free APPs”, But those App may raise the issue of copyright infringement and What’s worse is that some bad guy maybe leaves the backdoor on the APP! Though all our recommended apps have downloaded and tested on our mobile devices, We can not 100% guarantee it 100% safe to use. In short, Take note your actions are your responsibility when using free apps, that’s noted on our “Disclaimer“.